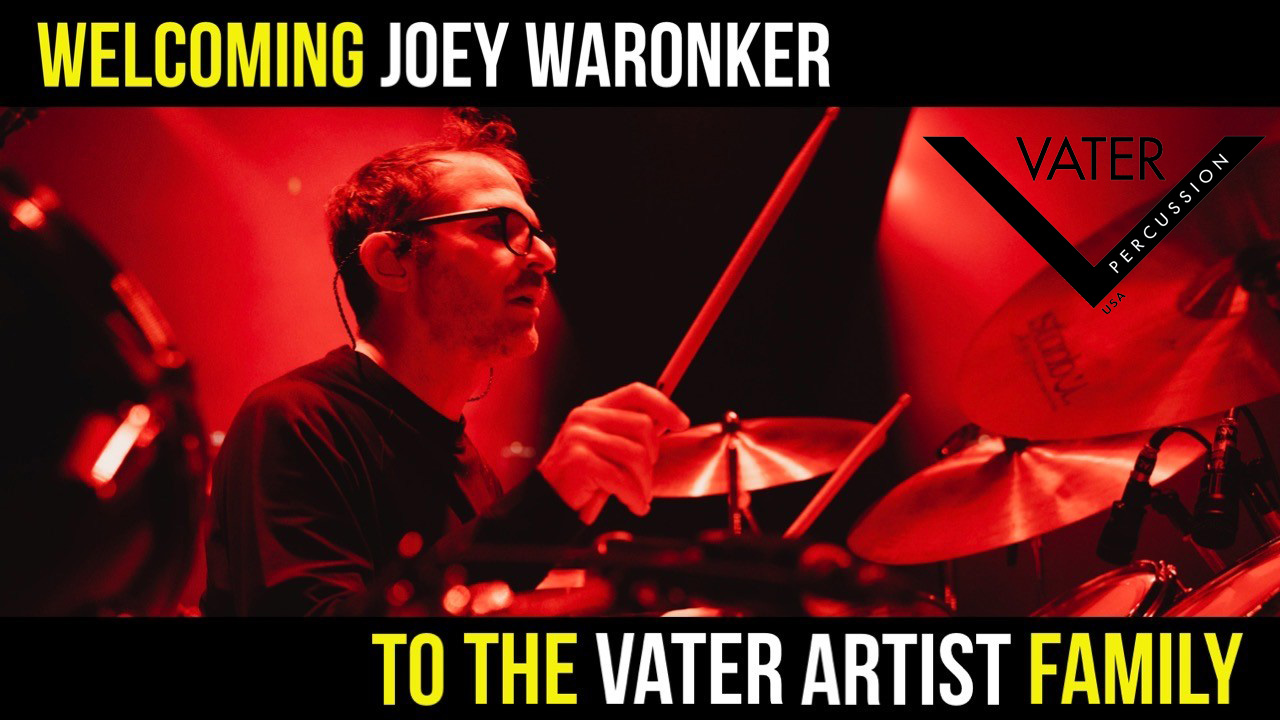 Vater is excited to welcome Joey Waronker to the Vater Artist Family.

Joey Waronker is an acclaimed drummer and music producer. Joey’s family background is rich in music and television history, being the son of legendary producer/A&R man Lenny Waronker and actress/musician Donna Loren. Rising to prominence recording and touring with both Beck and R.E.M., Waronker is currently a member of experimental rock bands Atoms for Peace and Ultraísta and tours regularly with Roger Waters.

Joey is currently touring with Roger Waters on the “This is Not a Drill” Tour and using a prototype Vater Drumstick model.

“I’m truly honored and excited about being on board at Vater. Besides the fact that I love the quality and feel of the sticks, I love being part of a company with so much dedication to excellent quality, innovation, and sustainability. I also love the history. When I was younger, I loved a variety of sticks I would buy from Pro Drum Shop in Los Angeles that I still have today. I later discovered these were made by the Vater Family. It turns out I’ve been playing Vater sticks my whole life without knowing it!” – Joey Waronker